We’ve both been absolutely gagging for some beach bum vibes for a sustained period of time, and where better to achieve this than on Thailand’s picturesque south islands! Our first island experience began with Koh Tao, an island known primarily for its diving (especially for learning to dive), but also for being generally awesome. We were both so excited to be leaving crazy cities like Bangkok and living the chilled island life for a month. Sadly, the start of island life didn’t quite go to plan..
We’ve been really quite lucky over the past 100 or so days with weather. Yes, we’ve had a couple of overcast days (sometimes a blessing in disguise), and been caught in a couple of showers, but nothing I’d classify as severe or that requires a drastic change in our plans or routes. However, throughout our whole journey we’ve heard so many stories about freak weather in different countries. In Varanasi for example, the Ganges flooded higher than they ever have before, resulting in the Ganga Artii ceremony being held on a nearby roof for the first time ever, and in Phong Nha, the whole town was under water just days before we arrived. On this trip, I’ve really started to gain a much greater appreciation for climate and its volatility. In England, when 3mm of snow falls, everything goes to shit. On the other side of the world, when weather is bad, it gets REALLY bad!, and everyone just gets on with it. This storm though was an unrelenting monster!

We arrived on Koh Tao on the bumpiest and most vomit inducing boat trip I’ve ever experienced (we later found out the boat we were on is nicknamed the vomit comet by locals, as 60% of passengers spend the majority of the journey spewing constantly regardless of the waves). We have basically taken to ignoring weather forecasts in south east Asia as they have pretty much said rain would occur every day, even when there’s not a cloud in the sky. For this reason, we weren’t phased by the reports of a week of rain.Unbeknownst to us though, we had arrived on this beautiful island in the middle of the sea at the start of a freak storm that lasted days. I’ve seen reports from some sources that suggest it was actually a typhoon, and others suggesting it was the tail end of a monster storm that initially hit China. Either way, it was the worst storm to hit Koh Tao for over thirty years according to locals, and totally freak for this time of the year. The whole of Thailand was clobbered by this storm, but we were in the heart of it. Koh Tao, Phagnan and Samui were all in the centre and were the worst hit; apparently Samui even worse than us! I’ve genuinely never seen anything like it. 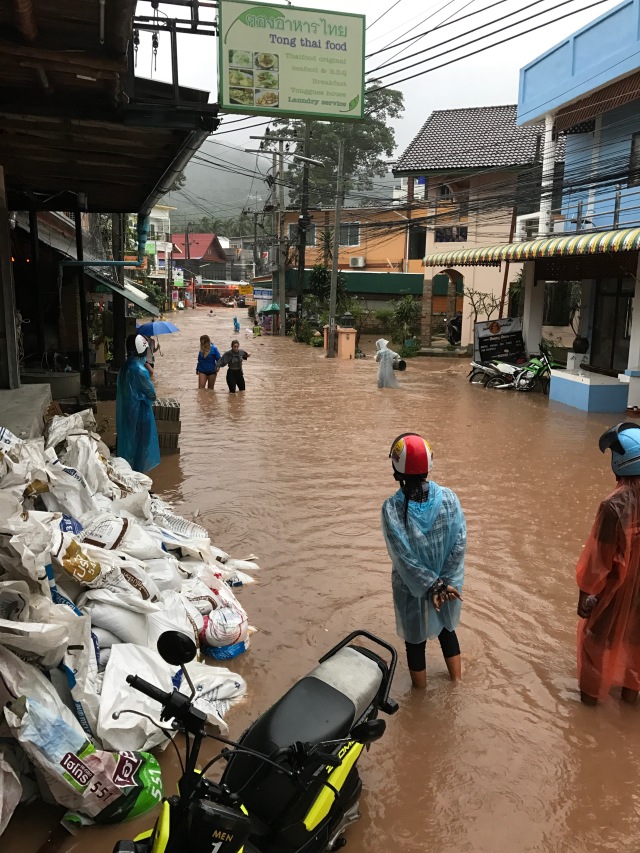 On our third day on the island we moved to stay at the dive resort Where Kelly was doing her open water course, big blue diving. We were rather lucky to arrive just before the big rains really started, but even by that point the streets around the dive centre was underwater (waist deep). On day two of the storm, we couldn’t really leave big blue. The road to the main town was totally underwater, with all storm drains and sewers completely full and overloading the streets, the bridge by us had collapsed, the beach was a total mess due to intense flooding washing everything away from scooters to statues of the King. First, the power went off, then food rations came into place(the kitchen ran out of everything and couldn’t get supplies in), then water ran out, then beer! Because all diving was off due to the storm, 150 slightly drunk and hungry divers were stuck with no food and nothing to do. At this point we decided to brave it and get supplies! This walk should have literally taken 5 minutes, but the flooding was so severe it took more like 30. After two days of non stop rain, the majority of this end of Koh Tao was Still at least knee deep under water, with stupidly strong currents making even a simple task like walking a dangerous and challenging task!

The island genuinely looked like a war zone, with shops and restaurants totally destroyed, buildings and walkways literally washing away.

As more and more restaurants and shops either flooded or ran out of produce, you could feel a slight sense of panic across many peoples faces. See for yourself!

The rain continued for another 3 days, but not quite as severe. Kelly was actually able to get out and do her 3 days of diving, although from what she said, the conditions were sadly pretty dire! On the plus side, diving anywhere else will seem like paradise now! Over those 3 days she fully embraced her inner mermaid, going out 4 times on her open water course. She loved it so much she also ended up doing her advanced qualification, which included a 30m dive, a shipwreck dive and a night dive. Over the 4 and a half days of diving, she clocked up 9 dives to various sites around the island. I suspect this will be something she does for life now, and definitely a lot more on this year abroad! I also kept myself occupied by helping with the island clean up, and giving Crossfit a go, which i actually really enjoyed, but damn it’s a hardcore workout! Thanks to KTC for getting me up to speed and back to lifting heavy things again! 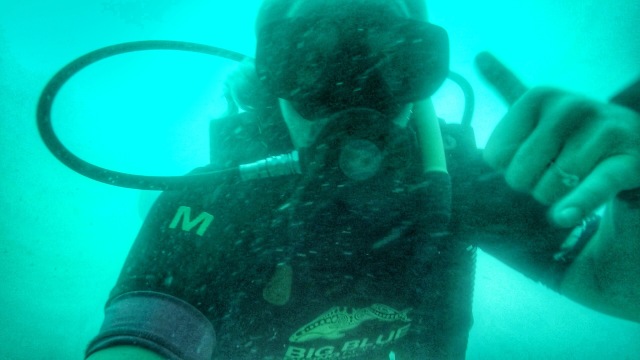 Now, time for a rant…

I’m writing this as I’m watching an episode of black mirror I think. Oh wait, this shit is REAL???? Yes, I’m obviously talking about Trump being elected….
The reason I’m even mentioning this, is because of his stance on climate makes my blood boil (to be honest his stance on everything does). Being stuck in freak weather like this really made me think about the impact climate change is having. I’ve always had an interest in sustainability and climate change and have been lucky to work with the Global Sustainability Institute at my university on a bunch of projects so have been fortunate to see some cutting edge research on the matter. I’ve also spent a fair amount of long bus rides watching and reading more about the impact were having. But Koh Tao was the first time I ever actually experienced a literal shit storm, and seen the massive impact climate change can have on societies. I am at a total loss that anyone can be a climate change denier, it’s bloody obvious we are destroying this planet, and fast.
AND THE USA HAS JUST ELECTED SOMEONE WHO DOESN’T BELIEVE IN THE IMPACT TO THE MOST POWERFUL JOB IN THE WORLD!!!!
I mean seriously, this is actually Black Mirror isn’t it?
I’ve found this whole election both fascinating and terrifying. Terrifying for so many reasons though. Like so many people, I’m at a complete loss as to how such a total fuckwit like Trump can become president, but add on top of that the scandals with Russia, basically every thing he’s ever put on Twitter, every other scandal that comes out during this time, and the fact Clinton actually got more votes and still didn’t win makes me question the the legitimacy of the whole electoral system in the states (as well as the sanity of huge waves of the USA populous). The real problem for me though, is how widespread the impact of Trump is going to be. Trump has basically said he wants to ramp up the use of fossil fuels to make America great again, but this will impact us all, for a country that’s already one of the biggest contributors to greenhouse emissions and generally cocking up our planet, this is not cool! I honestly have no idea how anyone can actually deny climate change…

Seeing all this first hand is honestly terrifying, and unless we do something to combat this change, you’ll all be experiencing similar at some point I’m sure. I would encourage you to watch two documentaries, Al Gores “an inconvenient truth” and Leo De Caprio’s “before the flood” that both do fantastic jobs at showing the real world impacts we are enduring. Being stuck on Koh Tao during such a terrifying storm really bought climate change to life for me, and it’s something I’ll never forget. We all need to do our bits to fight our self inflicted impending doom, before we see some truly disastrous changes happening to our world. I just hope Trump can’t fuck things up too much for us all..

So I’ve pretty much described the 5 or so days of Armageddon that we experienced, but after the storm, it was like being on a different island. It was quite incredible seeing how quickly the island recovered to be honest. Within a few days the water had nearly all subsided, the countless rubbish pick up missions had tidied the areas, and building had started to repair the really badly damaged areas. When the sun came out, I honestly could have cried, and when the beaches were good enough to lie on, I was utterly overjoyed. We were lucky to catch up with Matt and Charlie (who shall be known forevermore as the beautiful people), a couple we met in Varanasi who are both dive masters thanks to Big Blue, so enjoyed the good weather with them on a couple of days and evenings, but we basically reverted back to being proper sun worshippers for the next five days, driving around the island hunting out the best beaches (and sneaking into private resorts to borrow a bit of VIP experience for a day). When Koh Tao isn’t being clobbered by a typhoon, it really is bloody beautiful! I can definitely see why it’s such a popular place to visit, even if you take diving out of the equation. 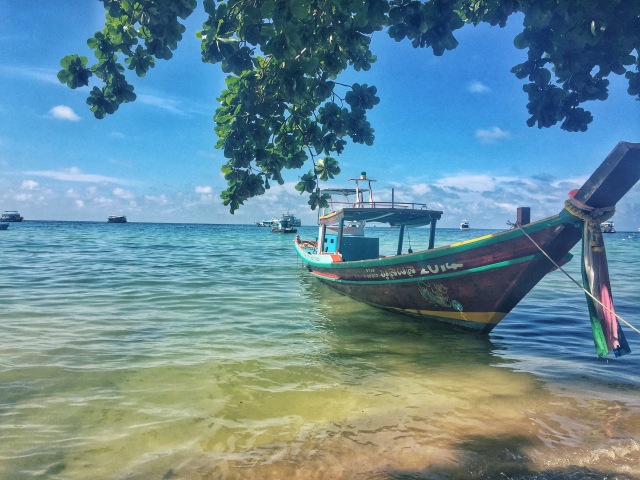 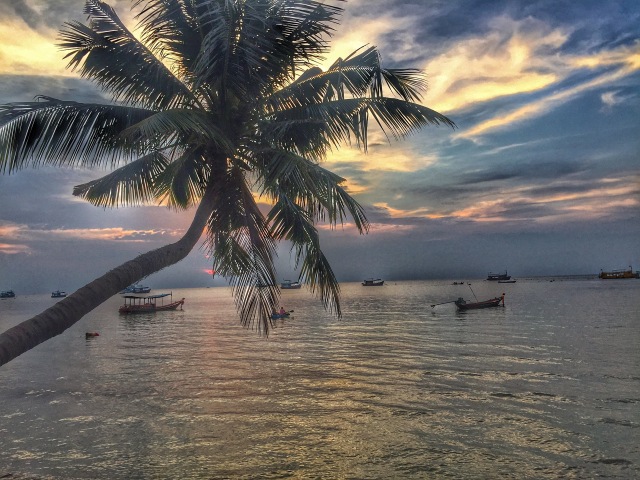 Sadly for health reasons I’ve been told I can NEVER dive, but I still manage to have a great time. We ended up staying for ten days in the end, the longest we’ve stayed anywhere on this trip, and after ten days we really didn’t want to leave! Big thanks to the Big Blue staff for being awesome, and especially to Alex for being a superb diving instructor, also thanks to Gaz at KTC for introducing me to Crossfit, something I’ve wanted to try for ages.

One thought on “Koh Tao- Into the flood”

It may not be record breaking, but my first #parkrun since the broken leg and first #5k without pain. Fingers crossed this is the start of an actual recovery now.
Bought a house innit. #homeowner
You will never know how much you meant to me and Kelly. You totally transformed our lives and made every day such a joy. I can't believe how much I miss even the small things about you being in our lives. Holly was trangically taken from us totally out of the blue two weeks ago, just after her 8th birthday. This is one of the last photos I have of her absolutely loving life during out minimoon on the Suffolk coast. For anyone who knew her, or us with her, she was a bundle of joy and just the best dog we could ever ask for. My marathon buddy, my waste disposal basket, and my darling companion. I miss you so much already and my heart is utterly broken. Rest in peace dear girl, I love you
Good to know